I was chatting a little while ago with an old friend who had a good story about corporate hiring craziness. I’m always amazed that this kind of thing occurs. The following is based on that story (queue Dragnet theme). The names have been changed to protect the innocent.

One day Tom, a software engineer with many years of experience, received an email from Mark, who worked for a big company in another city. Mark was looking for senior engineers for a new team he was forming within the company, who could “really make a difference” on a “special project, like a startup within the company” where “time is of the essence”, and who were willing to “work remotely”.

Tom, who had a steady career doing contract work from home, found himself interested. His current gig was ending soon, and he had tentatively lined up his next contract. But he had heard good things about Mark, and was surprised to see a corporate job that preferred remote work. So he shot back an email with his resume, asking for details about the new team.

A week later, with no reply, he wrote it off — Mark, after all, was a dot, not a line. However after another week, he received an email from one of the company’s recruiters, Jane, who wanted to do a phone interview. He wrote back that he’d like to have more info on the team and that he had never heard from Mark. Jane replied that they’d discuss it all in the phone interview.

On the phone, Tom couldn’t seem to get a straight answer from Jane about Mark’s team. She asked about what kind of work Tom preferred since she had several openings. She said there was a great relocation package. She was impressed by his experience and thought he’d be an asset to practically any team.

Tom replied that he didn’t want to relocate, that Mark’s email had specifically asked for remote help, and that he needed to find out more about Mark’s team and its purpose. Jane said she would do some homework and get back to him.

Over a month passed when Jane called. Several teams within the company had seen his resume and were interested in him. She’d like to set up a live coding test as soon as she could schedule the first programmer she could find to administer it.

Tom politely replied that he had already begun work for a new client, and though he’d be happy to have a technical discussion — with another senior engineer — he’d first need to speak to someone who could give him the skinny on Mark’s new team. Jane then appeared to hang up on him.

So what actually happened? Here’s a guess at the breakdown:

1. Mark receives the go-ahead for a new team.
2. Mark taps his network for leads, receives a bunch of resumes, forwards them to Jane.
3. In the meantime, other programmers in the company ping Mark about the new team.
4. Mark tells Jane that he may have internal candidates.
5. Jane, busy with other positions that need to be filled, smiles and dials.
6. Mark has to put the kilbosh on the new team, end of quarter stuff, tells Jane he’s holding off.
7. Jane smiles and dials.
8. Quarter ends, the new team is a go-ahead again, but the internal candidate pool is empty.
9. Mark once more taps his network for leads.

While I can’t know what really occurred, it’s not a stretch to say that a fundamental problem was that Mark wasn’t engaging with potential hires directly. This is not unusual in many large organizations, where managers have so much on their plates that they need HR to take over hiring. Sadly, there are many managers who simply don’t hire.

I don’t know why I’m surprised that Ted Cruz thinks Net Neutrality is a bad idea. President Obama’s statement today is very reasonable IMO. In case you haven’t read it, here are his main bullet points:

No blocking. If a consumer requests access to a website or service, and the content is legal, your ISP should not be permitted to block it. That way, every player — not just those commercially affiliated with an ISP — gets a fair shot at your business.

No throttling. Nor should ISPs be able to intentionally slow down some content or speed up others — through a process often called “throttling” — based on the type of service or your ISP’s preferences.

Increased transparency. The connection between consumers and ISPs — the so-called “last mile” — is not the only place some sites might get special treatment. So, I am also asking the FCC to make full use of the transparency authorities the court recently upheld, and if necessary to apply net neutrality rules to points of interconnection between the ISP and the rest of the Internet.

No paid prioritization. Simply put: No service should be stuck in a “slow lane” because it does not pay a fee. That kind of gatekeeping would undermine the level playing field essential to the Internet’s growth. So, as I have before, I am asking for an explicit ban on paid prioritization and any other restriction that has a similar effect.

Look, the Republicans are 100% justified when they remind us that government can get out of control and that we should not allow that to happen. But some things need regulation and the big ISPs will pwn their users if given half a chance. I can’t see how Cruz cannot possibly be on someone’s payroll after tweeting something so ridiculous. And Limbaugh and Hannity are probably already lining up to sell advertising on this issue. Sigh.

The InterWebs are still full of articles that hold up Steve Jobs as the model of how to lead and succeed. There are now a number of books on Amazon that are all about Jobs as a leader/manager.

News Flash: Jobs was a asshole and succeeded despite his assholerly, not because of it.

I’ve worked with a lot of jerks — most have nowhere near the talent and insight that Jobs had. But like Jobs, they’re usually intolerable victims.

Usually they don’t have much success, but sometimes they do have one or two successes with a product or business despite their horrible personalities. After that they’re intolerably intolerable — they can do and say anything they want to their cadre of enablers. Alas there is never any shortage of enablers.

I’m much more careful these days about interacting with bullies and assholes — I hope you are too. 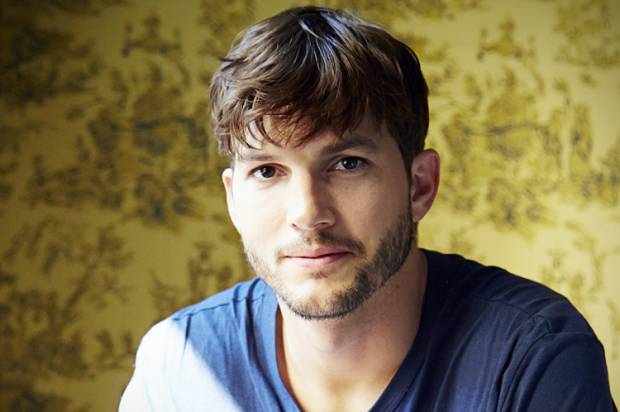 Two thoughts after reading this bit on Salon:

1. A celebrity’s tweet is what gets Wal-Mart’s attention. It’s obvious that would be the case considering the press. What a screwy culture.

2. The whole thing is no different from feudal-lord wealth-hoarding. We all know this. Wal-Mart totally knows it and cares not one iota.

Has Your Fail Already Begun?

The Inter-Webbies are chock-full of advice on business leadership, entrepreneurship and management, not to mention vast numbers of books, coaches, consultants, the lists go on — it’s all over the place.

Much of the wisdom is the same and centers around motivation, communication and decision-making. The root of an unsuccessful business, in all but the most outlying of edge cases, is poor implementation (this is “intuitively obvious to the most casual observer”, as one of my profs used to love to say).

Poor implementation can mean a lot of things, but the root of the root is, in my experience, dishonesty with oneself. In other words, failure begins when you lie to yourself.

The ways in which human beings lie to themselves are many, well beyond running a company into much more profound emotional, psychological and spiritual areas. Startups are breeding grounds for self-deception but it happens in all businesses, small and large, new and old, lean and fat.

The most critical fails are often tactical — the day-to-day.

The biggest lies are when Managers think they know the tactical details of their businesses better than the Makers who are “on the ground” doing the real work.

The biggest lie of all is that Manager cannot trust Maker — cannot trust what Maker does, what Maker says, what Maker believes. Over and over, managers move mountains of time and money to find the right talent only to squander the investment by not trusting that talent.

If you’re a manager and you’re not trusting your people, your Fail has already begun. Start trusting them to do the jobs for which you hired them — no matter how right you think you are — and you have at least a fighting chance. Otherwise cut them loose — immediately.

How about some relatively good news? Maybe, sort of, for some. To the summary:

The truth is — and this is where you breathe that sigh of relief — is that consumer spending on games didn’t just evaporate. It just moved online, and retail spending is about to start growing again … finally. The industry got through the worst of it and — for now — most indicators are looking up.

The truth is that the industry continues to consolidate in ways that are increasingly bad for developers. Traditional retail is starting to grow because of next-gen consoles but in the absolute sense the new hardware is only damping the retail atrophy that arguably began with Zynga and Apple.

Everybody knows it and nobody likes to talk about it.

Game developers, except for the lottery winners and the ultra-pasteurized cream working on big IP, continue on the path to extinction. The primary choices for developers these days are 1) Shovel F2P metricware at minimum salaries for the new crop of large, multi-national publisher-distributor-promoters, or 2) Buy lottery tickets with their own hopelessly under-funded games.

In either case, games are so YouTube-ified now that as a profession game development hardly resembles itself. Relatively good news? Sure — the future’s so bright we gotta wear Oculus Rifts.